I tagged along with the Brit again as he headed to London for work the week after the Paralympics finished. That Monday just so happened to be The Greatest Team Parade showcasing Team GB’s Olympic and Paralympic athletes. I was lucky enough to experience it with a good friend of mine who was a volunteer during the Olympics. I was the girl longing to steal my friend’s cute and cool purple Games Maker outfit while I was in my uniform of skinny jeans, a black blazer, and ballet flats. (Seriously, click the link and see how fun the purple/orange combo is!)

We staked out a spot right below Trafalgar Square that was just before the parade entered The Mall as it made its way to Buckingham Palace. We could not believe how many people were there and because we were running a little late we were about 20 people back from the parade route. It was still absolutely incredible though because everyone was so excited! Despite being a bit far back, we still were seeing these amazing athletes up close! These are some of the better photos from the tons I took that day. 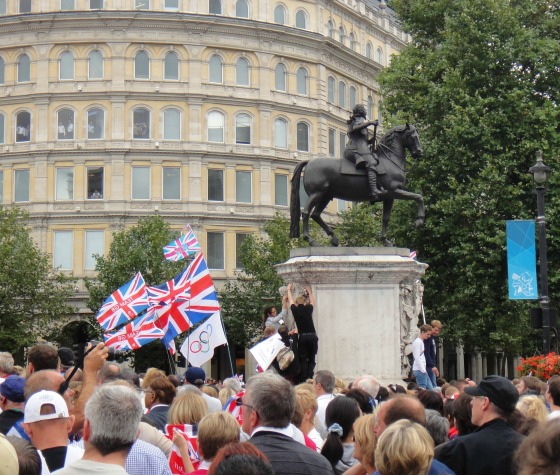 Check out the people in the windows and climbing the monument! 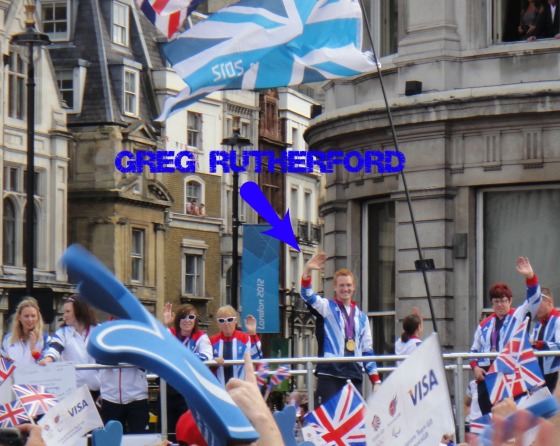 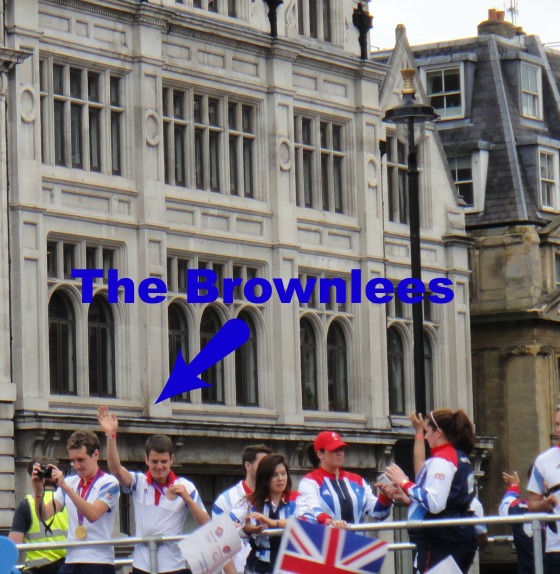 After the parade completed, there were a few fly overs that got everyone emotional. First, it was the British Airways plane that brought the Olympic Flame from Athens to Cornwall for the start of the Torch Parade earlier this year. It had painted ‘Thank You’ on the under side of the plane, which definitely turned me weepy. Then, some RAF helicopters and aircraft followed, and the final part of the fly over was the Red Arrows that left a trail of red, white, and blue behind them.

My friend then had to head to work, so I wandered down to Green Park and watched the speeches on the big screen given by the Prime Minister David Cameron, the Mayor of London Boris Johnson, and Princess Anne. It really was an amazing day, and I’m so glad I can look back and say that I was there with a million other people that day in London!

7 thoughts on “{The Olympics} The Greatest Team Parade”